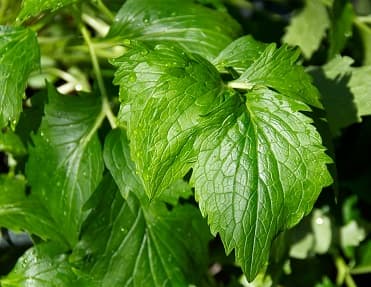 If you’ve ever seen a cat exposed to catnip, you will understand where it gets its name! If you want a good laugh, google "If you don’t talk to your cats about catnip, who will?" – lots of funny pictures of cats in catnip-bliss.

Catnip is a short-lived perennial, herbaceous plant that grows to be 50–100 cm (20–39 in) tall and wide. It is a member of the mint family. It has small, fragrant flowers that are either pink or white with spots of purple.

Historical Use Of Catnip

Catnip tea has long been used as a calming tea in humans. A now-humorous quotation comes from Sydenham in the 1600s, where he says catnip’s relaxing effect is due to its "strong and noisome smell, to recall the exorbitant and deserting Spirits to their proper Stations". [2] It was also listed as a relaxant by Cook in 1869. [3]

There have been many other claims about catnip benefits, including migraine, colds, fever, indigestion, colic, cramping, and gas.

In the 1960's, catnip was used in place of, or in combination with, marijuana. Some say smoking catnip produces visual and auditory hallucinations, while others say it just makes you feel sick. I haven’t tried it, but the fact that it is legal, uncontrolled, and cheap tells me that there probably is not a lot of fun you can have with it!

Unfortunately, there is not a lot of research about catnip’s effects on humans. While there have been many varied claims about its benefits throughout the years, the one common effect that everyone seems to agree on is that it does help with relaxation, dealing with stress, and sleep.

Catnip does contain nepetalactone, which is similar to the active ingredient of valerian root, which is a well accepted natural sleep aid.