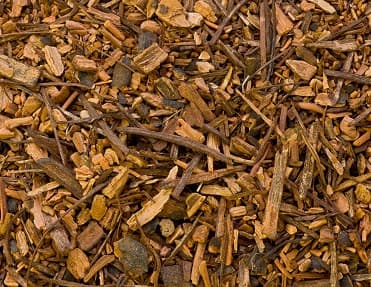 Sarsaparilla is a climbing flowering plant, and is very woody and thorny, forming impenetrable thickets. It will also grow over trees and other plants up to 10 m (32ft) high. The young shoots can be eaten and taste a bit like asparagus. The red berries are also edible. An extract from the roots is used to make the sarsaparilla drink and other root beers.

Sarsaparilla gets its scientific name, Smilax, from the Greek myth of Crocus and the nymph Smilax. The story centers around the tragic love of a man who is turned into a flower, and a woodland nymph who is transformed into a brambly vine. [1]

Historical Use Of Sarsaparilla

Sarsaparilla root was used to treat syphilis. In the late 1400s, a syphilis epidemic across Europe made Sasaparilla hugely popular. In the Old West, cowboys often imbibed the Sarsaparilla drink after visiting a brothel. It wasn’t until the advent of antibiotics that it lost its popularity for treating syphilis.

It has been used as an anti-inflammatory, to treat conditions such a gout and arthritis. It was also used to treat skin disorders such as eczema and psoriasis.

The saponins found in sarsaparilla bind to endotoxins in the gastrointestinal tract, which makes them unable to react, so that the body can then eliminate them. Illnesses such as rheumatoid arthritis, gout, and psoriasis have been associated with increased levels of endotoxins, which is what makes Sarsaparilla effective in treating them.

The anti-inflammatory action of sarsaparilla for arthritis is linked to its ability to regulate NFkB by inhibiting its activation due to tumor necrosis factor alpha (TNF alpha). [2] Need to explain that one a bit further! NFkB plays a key role in regulating the immune response to infection. Incorrect regulation of NF-κB has been linked to cancer, inflammatory, and autoimmune diseases. [3] TNF Alpha is a cell signaling protein involved in inflammation. The primary role of TNF is in the regulation of immune cells. TNF is able to induce fever, cell death, and inflammation. [4]